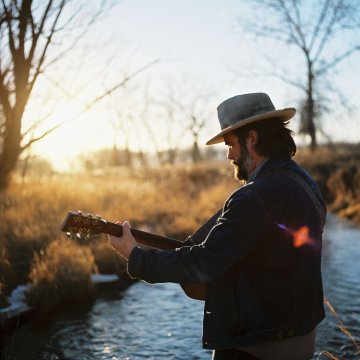 In the fall of 2019 Andrew McConathy & his band of Drunken Hearts embarked on a 20 show, cross-country album release tour that spanned more than 15,000 miles from Portland, OR to Portland, ME, and everywhere in between. Six men, six plane flights, 3 tow trucks, two vans, two winter storms, one bad transmission, one flatbed U-haul truck, one SUV, and one trailer resulted in… one live album.

Set for digital release only on Friday, January 15, Andrew McConathy & the Drunken Hearts’ alive ‘n free showcases the band in the midst of a grueling tour supporting Yonder Mountain String Band October 10 -November 24, 2019. The tour made stops at fabled venues like the 8×10 in Baltimore, Brooklyn Bowl, Levon Helm studios in Woodstock, NY, the Ardmore Music Hall near Philadelphia, Wooly’s in Des Moines, IA, as well as a notable headlining album release show at the Fox Theatre in their hometown of Boulder, CO.

Alive ‘N Free accurately captures McConathy’s infectious energy while smack-dab in the band’s element – on the road, enduring the hardships that often come with life as a touring band, and the result is magnetic. Glide magazine’s Jim Hynes says, “DrunkenHearts adeptly blend country, mountain music, and psychedelia… and, surely McConathy has one of the most memorable voices in roots music.” American songwriter’s Dallas Jackson echoed this sentiment, “[they] carry a mountain spirit into its music and mix it with a 90s rock blend, that is eerily reminiscent of pearl jam — due in large part to the vocals of Andrew McConathy.” this debut live release features 12 original songs including standout performances along the tour of then-brand new tunes, “Unrest,” “Shining Eyes,” and the Jack Kerouac inspired politically apropos title track from their most recent studio album “Wheels of the City.”